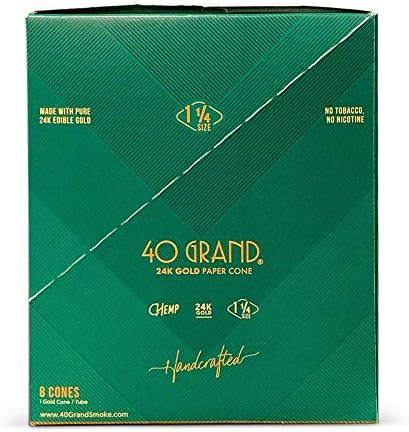 Enjoy the ultimate in luxury smoking with 40 Grand pre-rolled cones made from real 24 karat gold and hemp paper. Each cone comes in a resealable glass tube that keeps the cone safe and keeps you discreet. There are 8 cones per display. With a built-in filter, the cones are easy to load, pack, and pass around. If you’ve been looking to try gold cones or if you already enjoy them, 40 Grand cones are for you! Also included is a limited edition Beamer Smoke sticker.